How Useful is the VCS test? 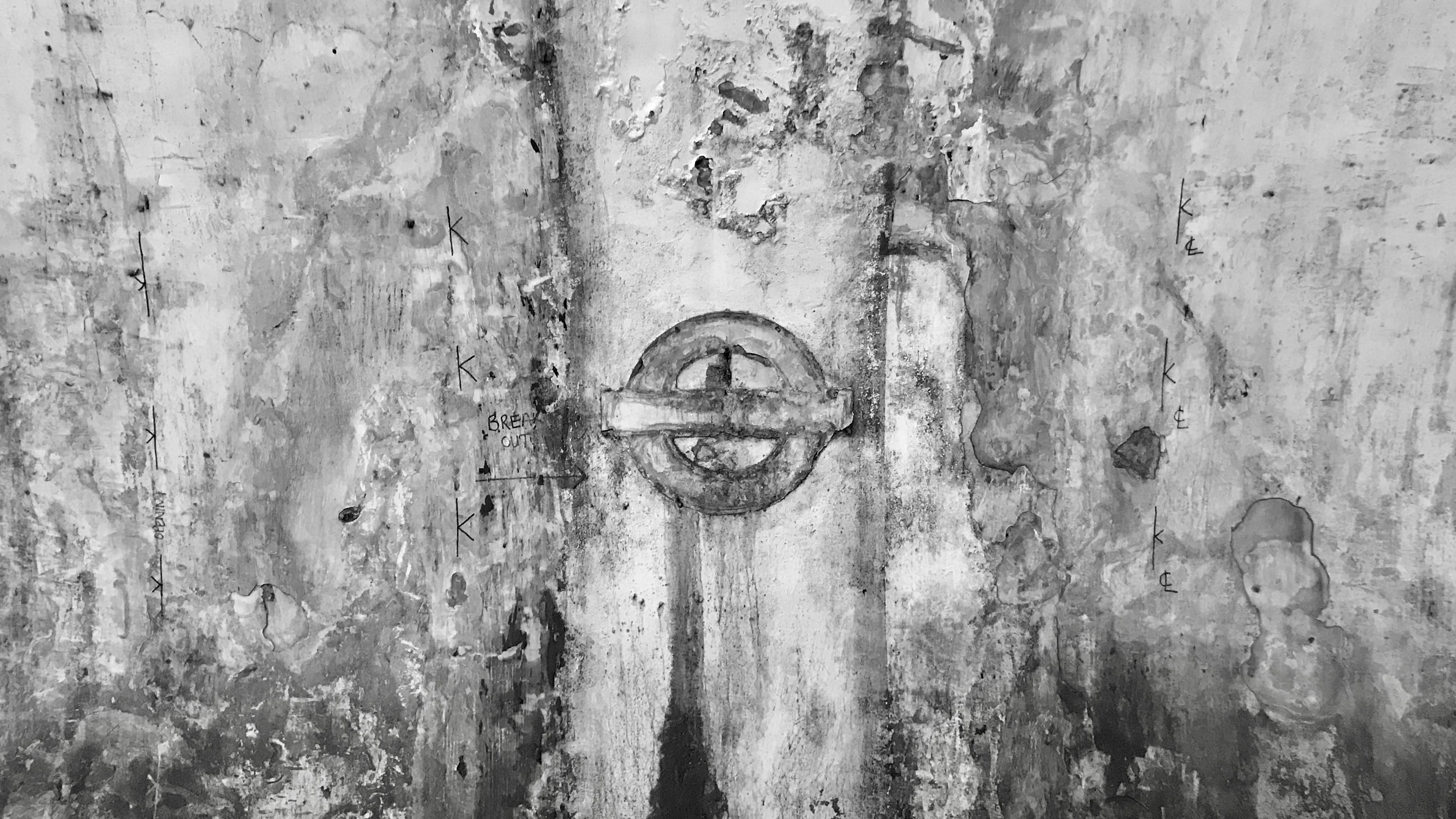 In introduction to the VCS test

The Visual Contrast Sensitivity test, hereby referred to as the VCS test, is a 10-minute test that aims to determine how well you can tell between shades of grey. This is different to an ‘eye test’, which tests for visual acuity, and instead is testing a function conducted by the superlateral rim of the optic nerve. This is an area known to be vulnerable to the accumulation of biotoxins, hence the gradual increase in popularity of the VCS test.

I started tentatively using the VCS test in 2016 and, following some very interesting results, I decided that it justified a ‘roll-out’ to recommend it to all clients that I was working with; after all, the test cost £8 and took only a few minutes to complete. From spring 2017, I began asking every incoming individual to take it.

This Survey: Motivation and Methodology

“Do I really need to do anything about this? Can’t we just do everything else and then, you know, come back to this later?”

Those who have read my website and those who have worked with will likely be clear that I like data. I am in my element when I have a large chunk of labwork to investigate; blood test, urine tests, stool tests… these are what has driven my clinical work for many years. Of course, the VCS test does not adhere to any of these categories and naturally threw up more questions. There’s one other big factor to consider here: if we take the results of the VCS test at face value, this means a) identifying the source of biotoxins (eg. mould) and b) taking action. This can be hugely inconvenient or hugely expensive (eg. moving out of a property, should it be rented, or paying out, should it not be).

Given that this was the most left-field of all the testing procedures I had I had a number of questions about the VCS test, as to how reliable it was, how best it predicted outcomes for my clients and the biggest question of all that clients asked me: “I get it… this weird little test has told me there’s an issue… do I really need to do anything about this? Can’t we just do everything else and then, you know, come back to this later?”

These are important questions. So I did the following:

Q1. When confronted with the results of the VCS test, how many people take action?

I was very aware that a failed VCS test tended to split the crowd; some were relieved to see that there was a reason for the problems they were facing (and that they had options to deal with it), yet others were dismayed (because the discovery meant that their protocol was not going to be as simple as they had hoped).

I also knew that a lot of individuals could not find the motivation to continue if such issues were flagged; many openly acknowledged that, even though they’d read my CFS Survey and knew that that 67% of incomers were found to have mould issues, they simply didn’t have the capacity to take action and had simply hoped that they were in the 33% who showed no issues. Failing the VCS test was therefore a huge blow to their hopes. Sometimes it purely came down to lack of appetite for the steps I had laid out, other times due to the financial costs of mould remediation (if they owned the home) or the logistical difficulty in moving out (if they rented).

The main headline is, of course, that more than half withdrew from treatment quickly after the failed VCS test. Almost all of these had one or two further sessions, and none reported any improvements in this time. In this light, it’s actually quite understandable that so many withdrew. It seems illogical to continue if a) they are not getting progress and b) I share pessimistic expectations (and I told all that I was not expecting much progress if they have not taken action on mould). It is interesting to compare this to the group that did take action; these all recorded varying responses in the months that followed but all persisted with treatment (no withdrawals).

Summary: it appears that a Failed VCS Test + Lack of Action = very low chance of improvements and a high chance of losing the faith. Of course, we must also acknowledge the role of the practitioner-client relationship and that, right or wrong, my pessimistic (realistic?) outlook may have actively killed motivation and therefore distorted the results.

However, there were seven individuals who embarked upon a ‘halfway house’ treatment plan versus seven that introduced the full protocol. And this gives us the opportunity to make some like-for-like comparisons in their trajectory…

Q2. Once identified, how important is it to deal with mould issues?

As I touched on above, it was clear that there was an interesting comparison to be made between the progress achieved by two specific groups; namely, those that had pursued treatment for ‘everything but mould issues’ vs those that had followed my recommendations fully. For those that had asked me how necessary it was to deal with mould issues, this was obviously a key question. The answer would lie in their responses.

I separated the two groups into Not Addressing Mould (shown below in orange) and those Fully Actioned (shown below in blue). I then gauged the responses of each individual, and added them into one of three categories based on their response exactly 12 months after taking the VCS test.

Even before auditing the results, I continually make mental notes of the responses I am seeing. So I was already aware of the differences between those that took action on mould (resolving their environment and using binders) compared to those who did not. However, I did not expect the result to be so emphatic.

From a scientific viewpoint, it is important not to consider this a definitive outcome; the sample sizes are small, so we cannot rule out sampling error. Equally, could there be confounding factors, eg. if an individual is willing to sidestep a recommendation that I had made on mould, would they be less likely to comply in my recommendations elsewhere (such as sleeping enough or following my dietary guidelines)? This is a difficult factor to control for.

However, it is relevant that the only individual on the No Action on Mould was one of the few that I had difficulty classifying, as she had moved out of her mouldy home but not yet introduced binders (which help support the removal of accumulated mycotoxins). So there were grounds to place this woman in the other group, something that would separate the two groups even further, although I stuck with the original definition to avoid ‘combing’ the results.

Summary: the information indicates that, while taking action on mould issues does not guarantee a perfect outcome, not taking action appears to severely limit your chances of progress. In other words, resolving this issue is necessary to have a ‘fair chance’ of progressing.

Q4. How does the VCS test compare to the available lab tests for mould issues?

This is a very understandable question. It’s a test that we take at home, a test that takes little time and is not administrated to us by scientists in lab coats. It also feels non-specific and throws up the all-important question, “how can we trust it?”

One of the first steps following a failed VCS test is to undertake an inspection of the client’s local environment. This always means home and often means work. Around 70% of people who fail the VCS test quickly find the source of mould (which is obvious to the naked, untrained eye).

When the presence of mould is so clear, clients very rarely undertake further testing because there is no longer any need. Why spend £227 on a urinary test to see if you’ve been exposed to mould, when you can already see a colony of black mould a metre from your bed? Or if you had just spent a year sneezing in a mouldy flat in East London?

There is more of a conundrum when there is no visual evidence. On these occasions where we cannot immediately corroborate the results of the VCS test, there is obviously a great benefit in running back-up tests. These tests are:

While we should always be aware of problems with small sample size such as 14 people, it was interesting to note that not a single discrepancy was found across any tests. Regardless of the testing method, all tests were in accord with one another.

Summary: based on purely correlation with lab results, I am very confident in the predictive value of the VCS test.

FINAL NOTES: The wording that I have chosen above would imply that the VCS test is only useful for identifying mould issues. This is not entirely true, as any biotoxin exposure would be expected to trigger similar results. This includes certain types of food poisoning and infection from Borrelia bacteria (normally referred to as ‘Lyme Disease’). However, most likely due to the geographical dispersion of my clientele, there have been only two confirmed cases of Borrelia in the last 2 years and none of these were in the individuals included in this survey. For this reason, I determined that it would be more helpful to my clients to keep terminology more simple and refer solely to mould exposure.

A WORD ON THE SCIENCE: This is not a case-controlled cohort study. This is a survey conducted by myself and should not be considered as definitive in any way. There has been no attempt to control for confirmational bias held by the individual running the numbers (me) and the sample size is too small to rule out sampling error. What am I saying here? This is useful information and one that should drive further testing and analysis, while providing support for my prior observations.