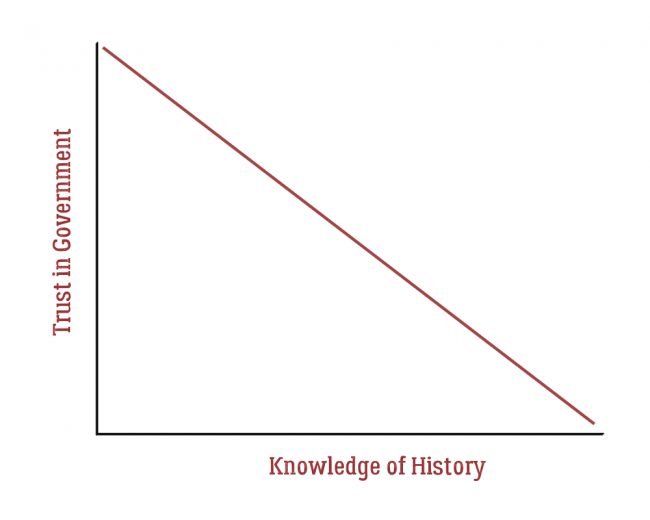 There once was a time when we could assess the evidence, make conclusions and then discuss how best to integrate these findings into policy. This has not been the case in the last 18 months, and this makes any rational prediction difficult.

That being said, we are not at a point where, from a scientific perspective, we have now entered a new phase. Previously, there were major concerns as to the mass rollout of the jabs, fuelled by the increase in infections/hospitalizations/deaths whenever the jabs were rolled out (see Gibraltar, Singapore, Bhutan, UK, USA, Iceland, Cambodia, Malta, Cyprus and Israel, but extending to many more) while the countries that rejected the jab (most notably Haiti, Bulgaria and Romania) avoided such problem. Other noted the success achieved in countries who used anti-inflammatory/Ivermectin combos (such as India and El Salvador). Closer to home, many were suspicious over the novel pattern of seasonal illnesses during the summer (11x higher than last year).

A wave of recent evidence ends means we no longer need speculate. One published (somewhat embarrassingly) by the CDC themselves on 6 August shows that vaccinated individuals were more likely to fall ill (compared to unvaccinated) and, of those who did, they were more likely to be hospitalized. A further study published by Israeli scientists on 10 August further quantified this, finding that vaccinated individuals are 13x more likely to contract COVID and 27x more likely to be hospitalized, compared to unvaccinated. In the last week, researchers from Oxford University found that the vaccine may impair immunity to the delta strain, finding that vaccinated health care workers harbour a viral load 251x higher when infected with this variant compared to previous strains. This explains why every highly-vaccinated country has seen a spike in hospitalizations/deaths immediately following rollout, whereas the least vaccinated countries have avoided such issues.

At the same time, FDA is facing a raft of resignations over the corruption. They are being sued by America’s Frontline Doctors for their experiments on children. Lewis General County Hospital can no longer deliver babies because of staff resigning. The medical care provided in New York State is in disarray after politicians sacked 70,000 qualified healthcare workers for not getting vaccinated – and replaced with unqualified National Guard (who are largely not vaccinated) – although the decision of a judge to uphold the US Constitution appears to have grounded this move. At the same time, it has come out that Rachel Levine, the Health Secretary for Penn State that moved thousands of infected patients into nursing homes, moved her own mother out of her nursing home into a hotel (while forbidding others to do the same). The UK Government have already had to back down on their plans for segregation in England. Their own Joint Committee on Vaccination and Immunization have come out against jabbing children. Dr Anne McCloskey became the latest GP to be sacked for raising the question of whether we should right roughshod over the Nuremberg code in experimenting on children. Consent charity are taking legal action against experimenting on children without parent’s consent. Dr Jenny Harries, the Chief Executive of the UK Health Security Agency, acknowledges that their previous policies have affected society’s immune systems to such an extent that COVID is not the main threat this winter (albeit her solution is, somewhat predictably, more vaccines).

Elsewhere, the Toronto Police have marched against having to enforce corporate interests. Australian schools have already had to back down on vaccine mandates (see Parramatta school in New South Wales). Conservative MPs are breaking rank in calling for Whitty to resign. Nitzan Horowitz, the Israeli Health Minister, has been caught on mic admitting that there is no medical reason for his country’s COVID passports and that they are purely there to pressurize the unvaccinated. Three different Pfizer scientists then admitted on camera that their company is lying to you about their products.

Denmark have said no more. Norway have said no more. The Prime Minster of Croatia has said no more. Newspapers are now reporting the ‘mystery’ rise in heart attacks this summer. After months of denial, documents emerge to confirm that Pfizer’s vaccine does indeed include aborted fetal tissues. Athletes are holding strong against illogical mandates. A whistleblower has leaked the Zoom meeting had at a North Carolina hospital, where they discuss ways to manipulate the figures to make it seem that current issues are driven by the unvaccinated. The CDC has released their latest ‘red list’; embarrassingly, of the 20 most-vaxxed countries, 16 are deemed to be in the danger zone. And it turns out that segregation mean less and less with genuine COVID ‘passports’ being sold for £750. Exactly in line with warnings from worried doctors, deaths in teenagers have increased 47% since they were subject to the rollout. The Government refuse to discuss or investigate this.

The narrative so far has been ‘follow the science’ and by the mantra that the doctors and nurses know best. Surely, no narrative can survive the recent events, where so many frontline healthcare workers – those ‘in the trenches’ – outright refused the jab, with 1 in 6 choosing to lose their careers and face financial hardship than to submit to this treatment. Apparently, the doctors and nurses only know best until they make their own medical decisions.

Will Big Pharma accept the evidence?

To state the obvious, there are trillions of dollars and powerful political interests invested in this rollout. It is naïve to assume them to take the loss lightly. Expect the rhetoric to get more desperate, more shrill and more vitriolic. Hence Biden’s despicable address to the US nation. And a raft of opinion pieces, ‘flexible’ statistical analyses and untested hypotheses submitted as ‘scientific’ papers to refute what we now know (see part II).

The scientific war may be lost, but the PR battle is far from over. We stand poised for several months of increased rhetoric, more shrill accusations and further incoherence in the ever-changing narrative.

Official response to these studies

Whereas previous dumps of real-world data have been met with a wall of silence, it is particularly striking that this round has caused quite a stir among those in government and in the mainstream media. Of course, the responses have been hard to summarize…

Rochelle Wallensky, the director of the CDC, acknowledged some of the recent studies in her highly-mocked interview with CNN, where she admitted that the vaccines do not impact on transmission (despite declaring to all and sundry in April that vaccine recipients do not transmit COVID). No apologies were made for pushing the now-shattered theory that the unvaccinated were ‘superspreaders’. No acknowledgement of the recent Israeli data, that shows vaccinated individuals are 13x more likely to contract the disease and 27x more likely to be hospitalized.

Joe Biden has a long history of selling out the people in favour of Big Pharma friends, but even he surpassed himself. Days after the above studies laid bare the improved resilience shown by the unvaccinated population and how the vaccinated were over-represented in both COVID and all-cause deaths, Biden elected not to touch on the subject at all. Instead, he delivered a speech that claimed that this is a ‘pandemic of the unvaccinated’ and that ‘99% of the deaths are from the unvaccinated’. He did not indicate where this figure had been produced from. Perhaps tellingly, he signed off by urging Americans to ‘watch the news’. Following the widespread rejection of the jab by UK parents – only 1 in 10 has permitted their children to undergo this treatment – the UK government has written to all UK parents to encourage them to put their child forward for vaccination. Perhaps they worry that parents are unaware of COVID or the vaccinations campaign. The Welsh parliament responded to the widespread failure of vaccination campaigns by bringing in segregation passes (but only doing so by one vote, after a dissenting MP experienced technical problems in his Zoom connection).

Media response to these studies

The Guardian had been highly vocal in their defence of the rising case number, hospitalizations and deaths among the vaccinated. They put forward the case that, even though we’d been told by a long list of professionals that such an outcome was impossible, that we ‘should not think of this as a bad sign’ and instead blamed it on demographics; the vaccinated arm of the trial contains more elderly, which is actually a very rational hypothesis that was worth considering (at least before we knew better). They also uncritically feature the musings of a Tel Aviv professor who points out that, if we choose ignore all evidence and classify almost every single excess death of the last 18 months as COVID, the death toll would be higher. Meanwhile, a further puff piece reframes the record rise in cases in Singapore (one of the most-jabbed nations on earth) as a ‘model’ to aspire to. And does so without a single mention of the contrasting fortunes of other countries without high vaccination rates.

They make no refence to the recent Public Health England data, which splits cases by both vaccination status and age group and ends the discussion; the increased caseload in the vaccinated is actually most heavily driven by infections in the recently-vaccinated 40-49 age group (with the vaccinated officially 53% more likely to become infected). Something that is equally absent from the latest Peppa Pig book for children.

In short, the narrative has changed but remains the same… ‘follow the science’. Shall we take a closer look at ‘the science’? Click here for Part II.