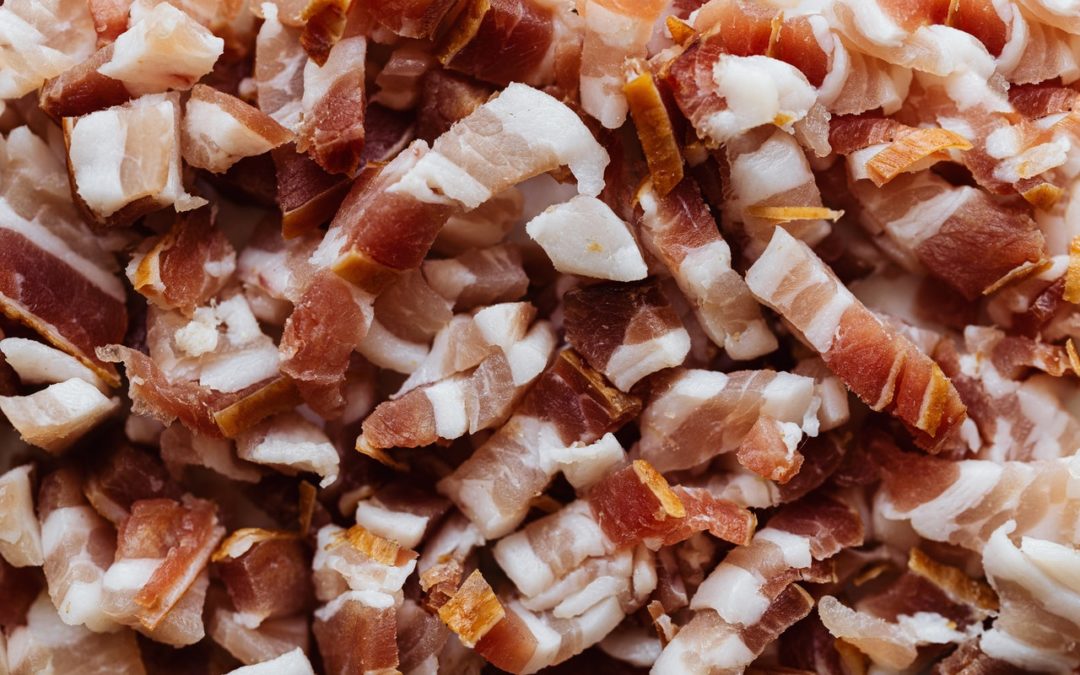 From treating non-responsive epilepsy or through maintaining performance at high altitude, the benefits of ketogenic diets have been known for many decades. However, it is in the last few years that interest in this approach has skyrocketed and has induced the usual responses in the world of natural health; advocates proclaim that it is The Way All Humans Should Eat, naysayers offer concerns over negative health effects.

So along comes an interesting piece of research released this week in The American Journal of Clinical Nutrition. The study tracked 58 individuals and provided them with a high fat meal, then tested their performance in a cognitive test. They then sent them home and tracked their normal dietary intake. They were then brought back for a second visit, where they again provided them with another high fat meal and a cognitive test. The crux of the study is that those that received a meal high in saturated fat on the first visit got a meal high in mono-unsaturated fat on the second visit and vice versa. This created conditions that, through the comparison of their performance after each meal, researchers could fairly compare the effects of the type of fat on cognitive performance. And they intimated that a diet high saturated fat compromises cognitive performance. But were they right?

Endotoxemia 101: What you need to know

Before we assess the merit of this study and what it actually means for humans consuming high fat diets (that’s you, keto fans), let’s take a moment for a brief overview of endotoxemia as it will feature heavily in the discussion.

Endotoxins, also known as lipopolysaccharides or LPS, are fragments of dead bacteria. They exist in the guts of all humans, although imbalances in the microbiome may see a larger quantity of these problematic compounds. However, provided that they stay in the gut, there is not much of a problem. But, should they get access to the bloodstream, we can expect a pronounced inflammatory response. In fact, endotoxins are so inflammatory that they are the standard tool of lab researchers to induce inflammation in test subjects.

The gut barrier generally performs an admirable role in keeping these endotoxins out. However, anything that disrupts the integrity of this barrier can allow for these bacterial compounds to enter the circulation. This is a state known as endotoxemia. It is relevant that allergies, gluten and alcohol have been linked with increased endotoxemia, due to disturbances between the cells lining the intestines (a protein called zonulin controls these tight junctions). Even more relevant is that this is not the only way that endotoxemia can occur, as intestinal cells have specialized SGLT proteins that respond to stress to deliberately open a channel through the cells (this exists to scavenge sugars and salts, but allows endotoxins to piggyback their way in; this is a crucial part of the problems that we often call ‘adrenal fatigue’ and I have discussed this here).

When endotoxins arrive in the bloodstream, they interact with macrophages. These are ‘sentinal’ immune cells that are tasks with looking out for threats, and they pump out huge amounts of inflammatory cytokines when they come into contact with these bacterial fragments. This can result in metabolic disturbances, including the central nervous system. It has been well-established that saturated fat impacts endotoxin movement; in fact, it increases the movement of endotoxins into the bloodstream but without any impact on inflammation. While this initially puzzled some, it turned out that evolution had equipped humans with systems to handle this load, and that there was a intricate cascade of events that saw liposaccharide binding protein (LBP) present the compound to either immune cells (which may induce a lot of inflammation or a bit of inflammation, depending on immune status) or to HDL cholesterol proteins (where it was processed and eliminated).

Once again, we see that the same interventions can have different impacts in different people and that not all humans are exactly the same. It was clear that HDL status was a huge factor in this (with the ratio of sCD14 to mCD14 also playing a role; these immune molecules serve a shuttle role and can influence which cells the endotoxin ends up interacting with). This gives us something very important to consider when working with insulin resistance or obesity, as both are linked with poor handling of endotoxins.

Why I don’t buy this research

There are quite a few flaws in this paper:

What does this mean? It means that, based on the data gathered in this experiment, there is nothing about saturated fat per se that impairs performance. Only that there are certain individuals who do not respond well to the digestive challenge presented and that these individuals moved from ‘low endotoxemia’ to ‘high endotoxemia’ as a result of this meal. And endotoxemia can drive brain fog.

Now, let’s forget for a second that the links found were not statistically significant. How do we explain what we’ve seen in this study? Is it a case that we simply need to eat high sat-fat meals to ‘train’ our bodies into responding appropriately? Possibly. Much more likely is this: some people do not deploy a protective response to endotoxins as well as others and, as a consequence, feel worse after eating high fat meals. Guess what someone like this is likely to do? You guessed it. They avoid high-fat meals and feel fine. They see others eating steak, eggs and butter and doing just fine, but they know that this type of fayre doesn’t suit them and so they pass it up. Then they find themselves in a trial where they are asked to eat a meal high in sat-fat and guess what? Just like they normally do, they feel worse (and perform worse) after this particular type of food.

In such situations, it would be very sensible to conclude that endotoxemia can ruin performance. And that, while most people get on just fine with sat-fat, there is a group that develops endotoxemia. This would point to the need to consider what factors hinder our abilities to process saturated fat (spoiler alert: check your HDL levels).

NOTE: One further issue with the study that I won’t try to address here is that the majority were breast cancer survivors. Of these, most received chemotherapy/radiation and 34% were still receiving estrogen blockers. We do not know how much of a role this may have played in the issues that the sub-group showed, but estrogen has shown a beneficial role in controlling endotoxin-induced inflammation and in healthy HDL levels.

What can we take from this study?

Despite the flaws and the obvious attempts to grab headlines, there is still some rich information in this study to discuss. The biggest point it makes is that it, despite the lack of statistical significance, demonstrated a real-life link between endotoxemia and brain fog. This might allow us to better understand how factors impacting our gut lining (such as allergens, alcohol, gluten, and good ol’ stress) can impair our cognitive ability.

However, it also founds that women with greater fat around their trunk had a higher endotoxemia (as showed by a high LBP:sCD14 ratio). This is a big deal and we should pause a second to take what this means. It means that women who store fat around their abdomen are more likely to be poor responders to high-fat meals (and previous studies indicate that endotoxemia makes them store abdominal weight, not the other way round).

It also found a similar link between the endotoxemia markers and depression. The case for inflammation as the primary driver in depression grows by the year, and this is further data to support such an argument. Most importantly, it allows us better understanding of the causal chain so that we can easily run tests on individuals to know exactly where they need the support and what support this should be.

Unfortunately, I feat that this research will be used as justification for further fat phobia. Rather than encouraging us to personalize our approaches, considering both who stands to benefits from a high fat/ketogenic diets and who lipid-processing system needs support, it will be used as a stick to beat the keto advocates and integrated into memes that read “saturated fats ruin brain performance”. And this is because most doctors don’t read anything more than the conclusion, and that high-carb diets are profitable diets.

FINAL WORD: For those concerned about endotoxemia, there are many steps you can take to address this. This includes stress, gut integrity, endotoxin binders, cholesterol management, modulating macrophage responses / overall immune activity and reducing endotoxin content of the gut (future article on this to follow…)