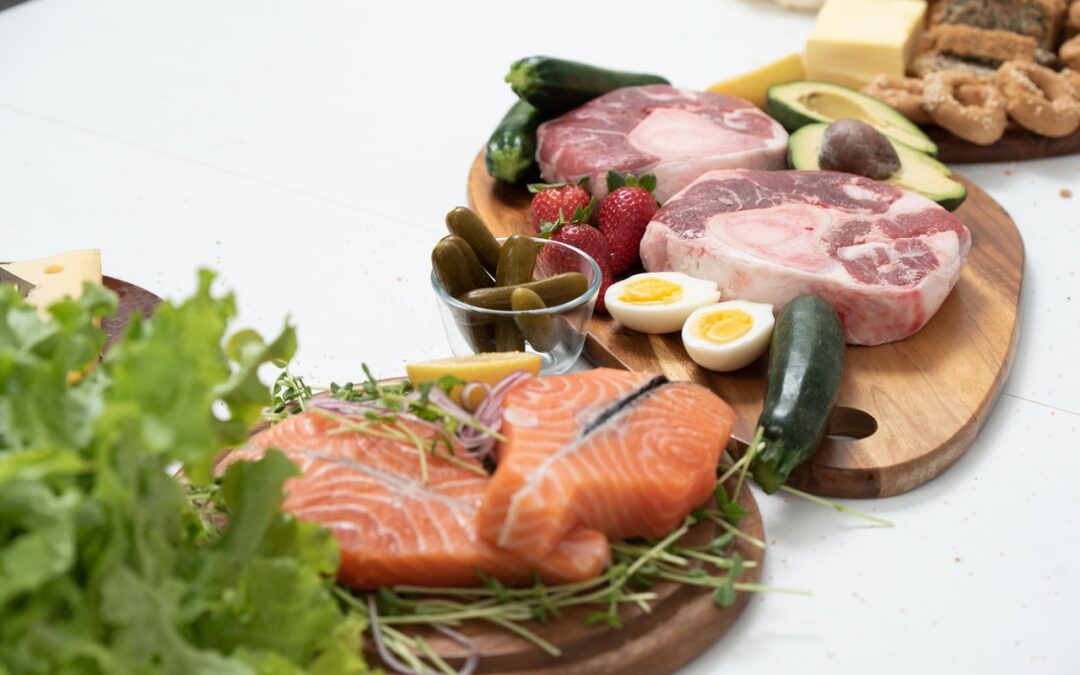 There’s a lot things that you will hear about ketogenic diets, from them being ‘optimal diet that humans have evolved on’ to ‘a dangerous starvation state’. While reconciling some of the statements out there is not the remit of this article, I can testify that the ketogenic diet is a tool that has help when other options cannot, especially when individuals have insulin sensitivity issues, difficulty metabolizing carbohydrates (eg. inhibition at the PDH enzyme) or excess oxidative stress in the mitochondria.

I can also share that a decent proportion of people who weigh in have never been in ketosis. Some because they’ve never tried it, but others because they have but never achieved a state whereby they were producing sufficient ketones. For all its benefits, the ketogenic diet isn’t something that many can approach without due consideration. A successful ketogenic diet demands that certain principles are followed. That said, you will be most of the way there if you simply avoid these four common mistakes.

This is most definitely number one on the list because of the implications it has on every discussion of ketosis thereafter. If you’re not measuring, then how do you know if you are in ketosis or not?

I know what some may be thinking at this point. I’ll know when I’m in ketosis. I know my body. And, for a small minority, this is true. However, the measurements I took from incoming clients between 2015 and 2017 told another story. Of the 20 that believed they were ‘in ketosis’, 19 were not in ketosis. That’s 95%, in a group of individuals who are extremely self-selected to be interested in getting their protocol right (by nature of seeking out my help). The implications of this are huge. If this is the error rate in this group, what will this be in the population at large? It is difficult to say. But one thing we can say for certain: if someone is offering an opinion on the ketogenic diet and they have not measured their ketone production, there is a big chance that they’re offering conclusions on a state they’ve never achieved…

It bears to reason that measuring ketones is the first thing that we should do. If you are in nutritional ketosis (0.5-3.0nmol on the blood monitor, of 40-70ppm on a ketonix device), then great. If you are not, then consider if any of the errors below apply to you.

Be aware, urine levels of ketones are not useful to tell us if you are in nutritional ketosis or not.

Most individuals are aware that the liver produces ketones and does so when there is an excess of fat relative to carbohydrates. So far, so good. However, problems occur when we forget about protein and its relationship with this ratio.

Because of the flaws endemic to 1970s diet books, it’s easy to assume that ketosis is purely about avoiding carbs and eating bacon. There’s more to it than that. Protein intake matters. To understand how protein affects ketone production, we need to explore its impact on gluconeogenesis (translated from latin, ‘the making of new glucose’) and how this alters the activity of mitochondria at the liver. This is the zone that determines ketone production and, the ratio of Oxaloacetate and Acetyl Co-A will influence the direction that certain reactions work in and determine if ketones are formed or not. Protein intake in larger amounts supplies amino acids that can boost oxaloacetate availability and, as a consequence, slow ketone production. This is why the amount of protein is crucial here.

It’s worth pointing out that I have regularly encountered practitioners in my field point to the literature of the role of protein in blocking ketone production, the takeaways from which are basically that this happens but you need to eat a lot of protein for it to occur, in other words that you just don’t need to worry about it. Indeed, this is actually the case for most athletes I work with, which speaks to the role of protein turnover and insulin sensitivity in these considerations, and it’s also relevant that these coaches (those that conclude its not worth worrying about) almost invariably work with athletes. However, most individuals I work with will find that they cannot enter ketosis effectively if they consume more than 80g of protein per day. If you want to determine if this advice is necessary for you or ‘who is right’ on this issue, then luckily there is a really simple way to know: just test your blood ketones.

Once they are in ketosis, this can be increased (and increased significantly if the individual is undertaking physical training. For reference, a quarter-pound serving of beef provides around 29g, an average chicken drumstick provides around 14g and three medium eggs provides around 12g. If you don’t track this in the early days, it can be very easy to go over the target level.

Net carbs is a marketing term (one that can have different definitions, depending on who is using it, but normally is the net sum of “carbs” minus “fibre”). There is just one problem here: your liver doesn’t care about marketing terms. It only cares about the amount of carbs in circulation. Fibre slows down the speed at which carbohydrates are absorbed into the circulation, but has negligible effects on the total amount that eventually arrives at the liver.

When it comes to ketosis, carbs are carbs. Added fibre may offer a number of benefits, but it will not change the impact that carbs have on ketone production. Most individuals will be able to produce a pleasing amount of ketones provided that they limit their total carbohydrate intake to 45g per day. Those with insulin sensitivity issues may need to drop this lower, while those who are physically active will normally have the margin to consume more.

We have heard more and more about the benefits of intermittent fasting in recent years. Among the myriad benefits allocated to the approach, one such advantage is that it promotes the production of ketones. And it does… if your energy pathways are working the way they should.

However, if you have fatigue issues (like almost all the individuals that see me), then it’s very likely that these energy pathways are underperforming. The pathway that permits the breakdown of stored energy, the AMPK pathway, is notoriously hindered during inflammation and sustained high-adrenaline states. Poor AMPK activity means poor breakdown of energy from stores unless adrenaline levels go really, really high (the end result being that, in an ongoing state of ‘casual’ emergency, energy stores are held back for ‘true’ emergencies only). Fat cells cannot compensate for a lack of energy coming in through the digestive tract. In other words, until any metabolic challenges have been resolved, your fat cells are not likely to ‘step up’ when called upon and therefore a low calorific intake can result in an energy shortage and increased activation of the stress response. Both can have a major impact on wellbeing, as well as specific symptoms (notably mood, brain fog, carbohydrate cravings and sleep quality).

Once individuals have resolved the metabolic challenges, they can expect to benefit from intermittent fasting and similar approaches. But, in the short term, ensuring sufficient calorific intake is very important, especially because ketosis can easily reduce appetite. If you’re not feeling good and your calorific intake is way below 2,000 kcals, I’d start here.

In conclusion, some individuals will boost their ketone production from fasting, others will damage their changes. So this mistake is more circumstantial. It will not apply to athletes, neither to those who can simply skip lunch and feel no loss for doing so. However, if you have any metabolic/fatigue issues, get ‘hangry’ easily or struggle to lose weight, then relying on optimal breakdown of the fats in storage is naïve and will likely result in a disappointing outcome. If fatty acids will not effectively transported from subcutaneous stores to the liver, then it is vital that the liver is supplied with fats from the diet.

The ketogenic diet is something that calls for specific dietary composition and, given that we generally eat multiple times per day, this adds up to a substantial investment. The functional testing and clinical screening can give us a good idea of who is likely to get a return on this investment but, ultimately, this can only be confirmed through committing to the course and assessing responses. Tending to these four issues means that you have a fair chance of producing the ketones required to make a success of such a plan.

The Academy is back.
The best-researched and most practical course in functional nutrition. Or your money back.
Find out more
Next module: Hormones, June 24-25 (London/Zoom)