MCAS and Sleep: How Mast Cells Mediators can Drive Insomnia 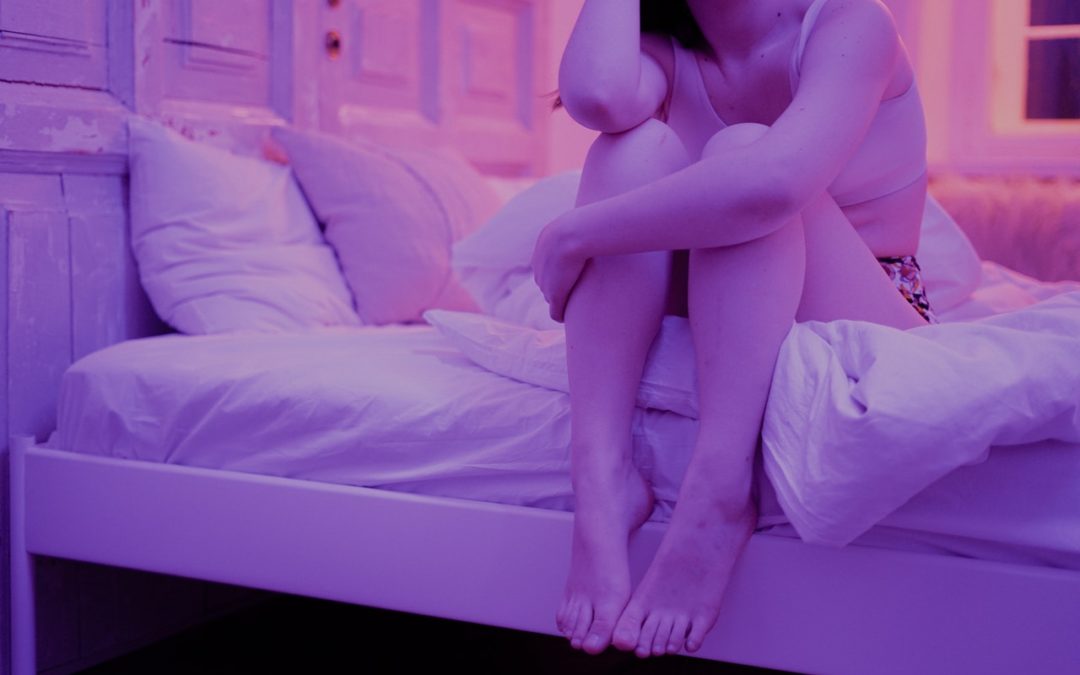 Mast Cell Activation Syndrome is the label given to individuals who experience unexplained inflammatory events that are mediated by mast cells and affect several body systems at once. Accordingly, it is often summarized as constant allergy-type symptoms in the absence of an allergen. Histamine is a chemical that mediates the most visible and rapidly-occurring symptoms and, consequently, most of the literature focuses on these manifestations (such as hives, itching and gastric distress). However, many of the MCAS suffers I work with have sleep issues and the mast cell-sleep link remains largely ignored.

Identifying the locations where mast cells are found in the brain goes some way to understanding how they can impact on sleep, although it is the chemicals that they release from these positions that sets in motion these problems. Mast cells store huge number of chemical mediators in the many granules that can be found throughout the cytoplasm (the liquid space). Under ongoing stimulation from inflammatory signals, these chemicals can be released into the local circulation (either as a classic degranulation event or, depending on the stimuli, the selective release of key mediators). There are many different chemicals released from mast cells, but right now I want to focus on:

Histamine – histamine is one of the most obvious ‘effector’ chemicals in that it induces physiological changes directly (specifically in permeability of local tissues, which is a major issue at the blood brain barrier because of the increased influx of foreign/agitating proteins this can permit). It also increased the glutamate activity at receptors throughout the brain, which is highly relevant in sleep (glutamate is the main excitatory neurotransmitter in our brain excess levels make us ‘wired’). However, it also confers signalling properties, and binds with numerous histamine receptors on microglia; this too stimulates the release of TNF-a, IL-1 and IL-6 which results in further inflammatory activity, including more stimulation of mast cells in a cycle that can become self-perpetuating.

Tryptase – when this binds with microglia in the brain, it stimulates the release of TNF-a, IL-6 and reactive oxygen species, all chemicals that have been shown to increase glutamate through a number of mechanisms (see upcoming article on neuroinflammation). Even on its own, TNF-a is well-characterized as sensitizing our nerves. Although most discussions in this area tend to frame histamine as the main issue, it may well be that tryptase is the biggest deal in sleep disorders; this becomes even more apparent when we consider that, as well as the inflammatory effects described above, tryptase can directly make our brain cells hyperexcitable through changes to the electrical potential of membrane.

There are more chemicals released by mast cells that are relevant here; namely, IL-33 is important due to the way it activates glia (the resident) immune cells of the brain, so too the serotonin (which can be very helpful when delivered to the right areas of the brain, but, when released indiscriminately, can cause issues with permeability of the blood-brain barrier. However, in the interests of avoiding information overload, I have chosen to focus on just histamine and tryptase as the most important concept to understand is the way that mast cells can release these chemicals that a) induce powerful inflammatory changes and b) can result in further activation of other mast cells.

Mast cells and the brain

Despite the lack of attention the topic gets, a bulk of evidence shines light on the strong links between mast cell activation disorder and brain health. While this makes it easier to see how MCAS may drive symptoms in depression and anxiety disorders, it also shines a bright light on the why such strong links exist between these mast cells issues and insomnia. This link becomes staggeringly clear when we consider key brain regions identified for their high mast cell concentration:

Does everyone with MCAS have sleep problems?

When we examine the mechanisms above, it makes it easy to see why sleep problems are so prevalent in suffers of MCAS. However, possibly the most fascinating thing is that not every mast cell individual experiences insomnia.

What separates these people? It’s sensible to avoid any generalizations, because there are a number of areas of the body and brain that can influence sleep and so it never comes down to just one thing. However, while research already demonstrates the activation state of microglia can predict sleep issues, I fully expect future research to clarify these immune cells as the key route through which mast cells drive insomnia.

So what’s the deal with microglia? The brain’s immune system is different to that seen in the rest of the body and one of the biggest differences is that the brain is equipped with microglia. These cells act in a similar way to macrophages in the rest of the body, performing the role of ‘sentinel’ and initiating a response from the rest of the immune system whenever they flag an issue. Because of the powerful influence they hold in instigating and perpetuating immune activity, their impact on neuroinflammation can be devastating if they become over-activated. Not only do activated microglia produce the excitatory neurotransmitter glutamate, they also produce a number of inflammatory mediators (such as peroxynitrite) that can further push up glutamate levels; this can cause agitation in anyone but can be tragic if neighbouring cells happen to be suffering from a low-energy state, oxygen deprivation or magnesium deficiency (all of which make them super-sensitive to this glutamate and can see them damaged as a consequence, which leads to further inflammation and the initiation of the self-perpetuating peroxynitrite cycle). Stay tuned for my article on neuroinflammation and the peroxynitrite cycle (due to drop late-April 2020… that’s soon).

You need not look far to find articles praising the benefits of mast cell stabilizers (such as ketitofen or quercetin) in MCAS. Neither is it difficult to find people trialling anti-histamines or employing supplements that help deactivate histamine (which tends to focus on methylation support, such as SAMe). And these are indeed valid strategies; many individuals I work with have noted benefits from using them. However, investigations seem to grind to a halt after these limited considerations and I rarely see individuals turn the corner from these three angles. Equally, several questions remain chronically unexplored:

When it comes to triggers, there can be a range of offenders. As I’ve covered in this article, mast cells can be viewed as ‘the messenger’ in innate immune reactions, and therefore more representative of what this fact-acting branch of the immune system is up against. Chronic infections, dietary chemicals (such as oxalates and lectins), mould exposure, food intolerances (different to allergies) and stress make up the go-to checklist. And I never expect this to be just a singular issues, although one of the above may dominate.

There are also a number of factors that can affect mast cell stability. Systemic antioxidant supply and oxygen delivery play measurable roles, as can magnesium status. The most surprising finding is how alterations in breathing and carbon dioxide can reduce their reactivity and the least surprising is that a lack of sleep make them more likely to react. However, one of the most important factors and one of the most easily measured is porphyrins. These are unwanted proteins formed in excess if there are any blockages in pathway that manufactures heme (needed for haemaglobin and liver enzymes, among many other uses). In summary, this short list contains five different factors that may ‘flick a switch’ in the reactivity of mast cells and, naturally, there are many ways these may be affected by dietary or environmental factors. This further underlies the need for a comprehensive assessment of the metabolism as a whole and personalized treatment strategies (rather than simply introducing an ‘anti-inflammatory diet’).

So let move on to the moment that follows the test results, the case history and a thorough discussion of treatment priorities. It may often be clear what is called for to remedy the situation but there’s just one problem; the individual cannot tolerate it. Inflammation is naturally a definitive part of the MCAS picture but it also inhibits liver enzymes, meaning that we often need to take preliminary steps to ‘make space’ for the treatment that actually does the job; this may be in reducing inflammation through the removal of triggers (as above), binding up endotoxins so that they cannot enter the blood stream so easily or finding other ways to reduce load across the P450 system. This is doubly important in individuals with porphyrin issues, as the hampered heme production may limit the availability of such enzymes, or those with hypothyroidism (as thyroid activity is needed to maintain healthy enzyme activity). Yet again, another time where we are forced to consider the various vicious cycles that characterize.

Because of their central role in inflammation, there are a huge number of potential ways through which mast cells can be triggers. There too exists an array of factors that influence their stability, and so many different things may determine the impact induced by histamine, tryptase and the other products. While this complex interplay makes it difficult to get mast cell-driven sleep issues under control in one go, the positive is that suitable testing/screening always lays out some obvious levers we can pull to elicit improvements.