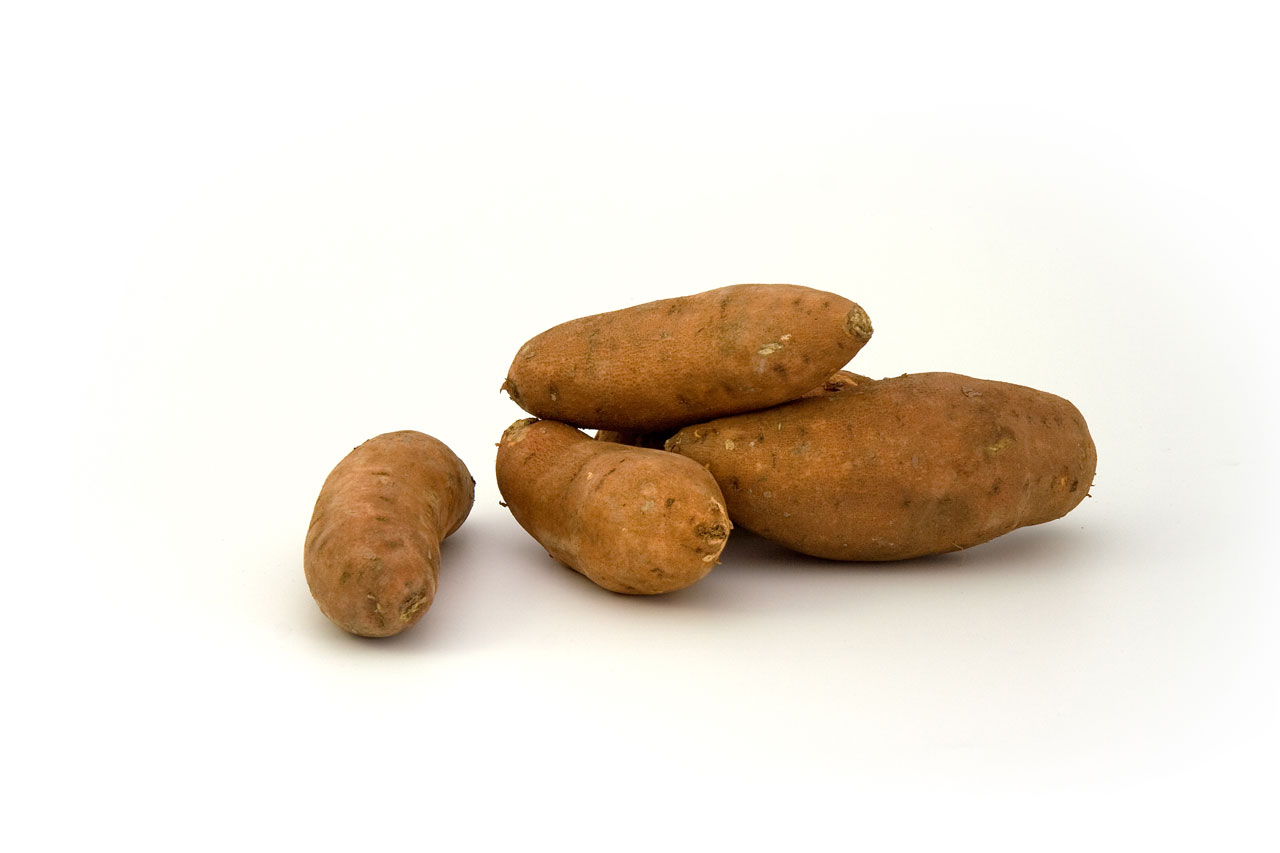 While oxalates can be formed in a number of ways (eg. when amino acid processing runs in a distorted manner, following the administration of excessive Vitamin C or from the conversion of fungal toxins in the gut), the most common pathway into the body is from dietary oxalates. It is this process that we will focus on in this article.

A brief recap
Plenty of foods contain oxalates. This long list includes spinach, swiss chard, leek, okra, rhubarb, chocolate and soy, but also features some legumes, root vegetables and many grains. The reason why the majority of people have no issue with oxalates is because any free oxalate (in the form of oxalic acid) becomes bound to minerals in the gut, making most of the crystals insoluble. Insoluble crystals struggle to pass through the gut lining and any remaining soluble oxalates can be degraded by bacteria (oxalobacter formigenes) in the gut.

Yet people with poor digestive function may not have any minerals in the gut left to bind with the soluble oxalates, as undigested fats can bind up these resources first; this sees soluble oxalates cross the intestinal barrier and enter the bloodstream. Equally, those with leaky gut may absorb the insoluble oxalates; that’s two strikes. Finally, antibiotics easily wipe out the oxalobacter species in the gut, leaving no protection against any soluble oxalates that escaped binding with the minerals. Three reasons why some absorb much, much more oxalates than others.

How much oxalates are absorbed?

This is the most basic question. Studies suggest that, in healthy volunteers, the rate of oxalate absorption is between 0.75 and 1.9% (1). Based on average diets, this may only amount to a few milligrams per day (5-10mg), an amount that the body will eliminate with ease. But Susan Owens, a prominent researcher in the field of oxalates, believes that individuals with compromised guts may absorb up to 50% of the oxalates they consume. This is 26-75x more than healthy controls! This makes dietary choices very important. For example, a green smoothie made up of spinach, raspberries, and beetroot could top over 1000mg in one serving!

It stands to reason that so many individuals with oxalates would wish to avoid dietary oxalates. However, avoiding all oxalates is near impossible so, instead, most opt for a ‘low oxalate diet’, one which provides 50mg of oxalates per day or less.

All are oxalates born equal? What are soluble and insoluble oxalates?

There are two types of oxalates, soluble and insoluble. Based on long list of foods that have been measured for oxalate content (2), around 47% of oxalates come in the soluble form. Most soluble oxalates come bound to sodium or potassium (as a salt). Some foods contain a very high percentage of oxalates; the oxalates from buckwheat, navy beans and peanuts come entire in their soluble form. Plantain, quinoa and turmeric offer high percentages also. On the other end of the scale, we naturally see some foods whose oxalates are found entirely in the insoluble variety; swiss chard, sweet potato and stewed rhubarb stand out as examples here, while beetroot comes in with a 98% insoluble score.

Yes. The soluble form can dissolve completely in liquid, meaning that they can pass across the body’s barriers quite easily. The insoluble form tend to ‘settle’ in whatever compartment they are in; this means that they do not leave the intestines very well but, if inside the body, can lodge in tissues and trigger lots of inflammation.

These differences explain why some ‘high oxalate’ food lists focus only on soluble oxalates for the reason that ‘these are the form that get absorbed’. This is not accurate for a lot of people (I will explain below).

Also the distinction is not permanent because conversion between the forms happens very easily. Soluble oxalates (either as sodium oxalate, potassium oxalte or in the form of free oxalic acid) can be freely converted into insoluble oxalates and this process can happen in the gut (described below) or can occur in the bloodstream. This process most commonly occurs when they bind up with a mineral. Any minerals can be involved but calcium is the most common agent here, and the simple equation here is that calcium + oxalic acid = calcium oxalate. Calcium oxalate is insoluble and thus, as soon as its concentration begins to rise, it will begin to crystallize. It is these oxalate crystals that cause inflammatory damage wherever they are deposited.

The study of oxalates is still a growing area, and most experiments that have been conducted have been done so on healthy volunteers (ie. young people without oxalate issues). This means most of the calculation on absorption is based on outliers in such experiments, the few tests that have been done in cases of known digestive issues and the information shared by practitioners (from direct observation or through changes in lab results).

This was the thinking behind my Sensible Oxalate Calculator, which was designed to give each user the opportunity to calculate their oxalate intake in a way that is relevant to them but having to resort to complex algorhythms.

To an extent, yes. We most definitely want to provide the calcium + probiotic solution to help the absorption of the oxalates. But we should remember one very important thing here; that Calcium Citrate works to block the absorption of soluble oxalates is by converting them into their insoluble form. In other words, everything fails if the gut lining is still inflamed and overly-permeable.
This is why can be misleading when some practitioners say, “if you have problems with oxalates, just add calcium citrate alongside these foods”. There is an understandable appeal here – it’s easier to carry around a bottle of calcium supplements than it is to construct a sensible low-oxalate diet – but it is naïve to consider this a reliable solution.

So it’s important to cater for both the dynamics of soluble and insoluble oxalates. The specific steps that I mention above typically relate to the removal of dietary lectins, providing fuel (such as glutamine) and occasionally dealing with allergies or dysbiosis.

Once soluble and insoluble oxalates reach the bloodstream, do they form crystals at the same rate?

As soon as there are significant amounts, yes. It works like this: soluble oxalates enter the bloodstream and can then circulate freely. A proportionate amount will reach the bladder (where a minor amount of excretion can occur) but, if the concentration rises, the soluble oxalates begin binding with calcium and other minerals (which makes them insoluble, which makes them likely to lodge in tissues). It is true that, at a low concentration, soluble oxalates cause less crystallization; this is irrelevant information for those with oxalate issues because, by definition, this sub-population always have much higher levels of oxalates!

Can we make these lodged crystals more soluble?

Obviously this is a fairly complex topic but a simple principle that is rarely discussed is this: if the oxalates are inside the body (eg in the bloodstream, lodged in tissues or stored inside cells), then we want to make them soluble. Soluble equals moveable. If the oxalates are not in the body (eg. in the intestines which, through the barrier provided by the digestive wall, remains a compartment ‘outside’ the body at all times), then we want to make them insoluble. Insoluble equals immobile. This means it is difficult for them to be absorbed, but easy for them to leave in the stool.

This is why practitioners regularly suggest adding Calcium Citrate to foods that contain oxalates. This allows the calcium to bind up with the soluble oxalates, instantly forming a Calcium Oxalate salt (which is insoluble, and therefore poorly absorbed). However, one questionable approach is the use of Magnesium alongside oxalate-rich foods. This is based on a study that showed Magnesium to stem the absorption of oxalates from the intestines (6). However, William Walsh PhD has shown repeatedly that magnesium oxalate salt is over 500x more soluble than it’s calcium-based counterpart. What are the consequences of this? Well, the magnesium may help to move oxalate stores out of the cells and into the bladder (and therefore out of the body), but it may also increase the movement of dietary oxalates into the body. Whether this creates a net influx or outflow of oxalates will depend on the individual circumstances of the person (eg. a high dietary oxalate intake with low body stores would induce pronounced movement into the body, while a low-oxalate diet in someone who has huge accumulation of crystals would see some beneficial clearance.

This is why I suspect oxalate issues in anyone who gets physical inflammation after consuming Magnesium, and why I recommend that Magnesium be strictly taken away from oxalate-rich foods to avoid the risk of pushing more oxalates into the body (the last thing we want to do). Magnesium is an important tool to help the movement of stored oxalates out of the body, but it must be done right.

Can you stretch your budget with insoluble oxalates?

This explains why the conditions in the gut are so important for anyone with oxalate issues. However, it also means something very relevant; when your gut has some integrity, you will no longer absorb insoluble oxalates easily.
Here’s where we convert this principal into something that can genuinely affect everyday life for oxalaters. Providing the gut is in a good state, you should not absorb a large amount of oxalates and so foods like sweet potato can be put back on the menu.

Equally, there is even a way that we can binding including soluble oxalates. This is where I refer to Calcium Citrate, a fantastic ‘cheat’ to allow individuals to convert soluble oxalates into the soluble. This can be taken before, during or after meals, although this most effective when taken 5 minute beforehand. The mineral binds up with the oxalic acid (technically, stealing it from sodium oxalate or potassium oxalate salts, which are soluble) to form calcium oxalate, which is insoluble (and theoretically not absorbed well). Other forms of calcium are equally good at binding up oxalic acid, although the citrate form also offers further oxalate-specific benefits (citrate competes with oxalic acid for entry to cells, meaning oxalates already inside the body have less opportunity to trigger as much inflammation).

However, it is important to remember that this ‘cheat’ only works if there is some integrity in the gut, as there will be no benefit to making the oxalates insoluble if they still pour into the bloodstream. Equally, long-term Calcium supplementation can affect Magnesium balance, so it is not a totally free ride.

Important principles from this article:
– Gall bladder function is the most important factor in absorbing soluble oxalates, but the condition of the gut lining is also very important
– All oxalates are important and can be absorbed, but soluble oxalates are absorbed at a faster rate
– Calcium Citrate can reduce the absorption of oxalates, especially those in their soluble form
– Making oxalates more soluble can helpMagnesium can help get stored oxalates out of the body